It’s all about expectation. The digital era has continued to accelerate pretty much linearly since the advent of the first home computer in the early 80s, causing many of us to experience first-world problems on a daily basis (isn’t it awful playing Candy Crush on your iPhone when you’ve run out of lives on your iPad?).

Smartphones and tablets caused computer and laptop sales to drop last year for the first time since they were introduced1. We use them for everything — and if there’s something they can’t do, no doubt it will appear in the next operating system release or an app for it is just around the corner…

Let’s contrast digital media with medical devices — specifically those for self-medication, such as inhalers and injection pens. These haven’t really changed in the last 50 years, and simply enjoyed sustained innovation on a very, very incremental level. The drugs have changed and thankfully provide a better therapeutic response than ever before. But the devices haven’t. Novartis’ Onbrez inhaler, for example, is an updated Cyclohaler; it looks better and is easier to use — but its performance is every bit the same as the device on which it is based.

So back to expectation. Patients rightly question why they can buy better smartphones and tablets year on year, with improved processors, cameras and interactivity, yet their inhaler is, frankly, dumb; a simple device, with no clever electronics, that’s 100% reliant upon a pair of impaired lungs to create a 20% efficient aerosol. But roll on another 15 years or so to 2030 and there’s a good chance that inhalers will be much smarter. The typical questions that patients ask today, such as ‘Why can’t my inhaler remind me when to use it?’, or, ‘How do I know if it’s worked properly?’ may well be answered as electronics continue to become smaller, cheaper and more powerful year-on-year. In 15 years’ time, a huge amount of additional functionality will be possible for just a few extra cents.

So why don’t these inhalers already exist, given that the idealised requirements are pretty straightforward? People are forgetful — they often unintentionally miss taking their medication at the correct time simply because they have busy lives and other more important things cause them to forget. The majority of experienced asthmatics cannot use their inhalers correctly — particularly pressurised metered dose inhalers (pMDIs). Inhaling through a pMDI at a low enough flowrate to ensure optimal delivery efficiency is counterintuitive; it’s very easy to inhale rapidly through a practically zero resistance pMDI, and as this technique gets the “event” over with as quickly as possible, it’s what many asthma sufferers choose to do. Unfortunately, most of the drug lands in their mouth and throat, and consequently offers no direct therapy to the lungs, instead delivering rather unpleasant side effects such as allergic rhinitis and candidiasis. So an inhaler that can monitor the user’s flowrate and provide feedback, possibly audibly (such as Clement Clarke’s Flo-Tone pMDI accessory2), would be hugely beneficial to the patient.

The biggest single hurdle to making such improvements is the high level of regulation that is applied to medical products. Simply adding electronics to an inhaler under development isn’t simple. An easier approach, already adopted by many manufacturers, is to produce an accessory; these don’t have the same regulatory rigour applied to them, and therefore can be developed independently of a drug product. Nexus 6 produce a number of ‘Smartinhalers’, for example, to improve the use of various approved inhaler products3.

For pharmaceutical companies the value is in the drug, not the device, and so only relatively recently have pharmacos accepted that inhalers and injectors are more than just ‘packaging’.

The FDA’s increasing concern about usability (Human Factors Engineering) has no doubt contributed to an increased interest in actually designing medical devices with the user in mind. If the user can’t use the device properly, they don’t get their drug, and so it’s becoming more widely accepted that in order for a medical device to have the best chance of commercial success it must meet three basic requirements — it must be:

With the necessary skillsets — human factors engineers, industrial designers, engineers and scientists — it’s usually possible to create a medical device that meets the three essential requirements, so why aren’t there many more ‘clever’ inhalers in the market, or indeed undergoing development?

Well perhaps there are more in development than are in the public domain. There’s certainly continued interest in improving patient adherence, and many companies are working on accessories and apps to bolster this. Propeller Health, for example, is developing an advanced app for the management of asthma and COPD, and recently raised $14.5m in Series B funding4.

The other factor to consider is the cost of developing a new inhaler product. Whilst the initial development of new, or better, technology may cost a few million dollars, this absolutely pales in comparison to the cost of clinical studies — particularly Phase III, which can cost several $100 million alone. In fact, according to Forbes, the total cost of bringing a new drug to market is thought to be over $5 billion5.

So a clever inhaler that can increase the likelihood of correct use — both in the clinic and at home — has to be an attractive proposition, right? Better still if it can also record how the patient is using it — providing direct feedback to help improve technique, and also providing clinicians with the highly valuable information they need to enable them to judge the effectiveness of the medication. An inhaler that can achieve this would no doubt reduce the size (and cost) of clinical trials, decrease time-to-market and potentially offer significant improvements to patient outcomes and quality of life. But why stop there? Why not design-in clever diagnostics? For example, if the inhaler, or accompanying app, can record the patient’s inspiratory flow profile, it can also deduce inspiratory power and energy, pressure drop profile, inhaled volume, peak inspiratory flowrate and airflow acceleration. All of these parameters can be further analysed to assess lung function. For example, is the patient consistent in the way they use their inhaler? Do they generally have a stronger inspiratory profile in the morning compared to the evening? Is there a general improvement in their profile with continued use, suggesting that the medication is working? Or is there a general downward trend, suggesting that they might be better suited to a different drug product?

Most asthmatics and COPD sufferers would like, and would probably benefit from, intelligent inhalers that remind them when to take a dose and provide feedback to help them improve their inhalation technique, as if they dose more accurately to the lung they incur less throat deposition and consequential side effects.

One large hurdle that remains is fear of the regulators, as a fully electronic inhaler has not yet been approved (and although e-cigarettes are commonplace, only very recently has the FDA put a proposal in place to regulate them6). At some point there will be regulator-approved electronic inhalers prescribed in the market, but trying to predict when is crystal ball gazing — as there are so many influencing factors. Unfortunately, asthma and COPD are very much on the rise globally, and the total cost of treatment will escalate accordingly (COPD is expected to cost $4.8 trillion globally by 20307). In order to combat this, there will probably be a further push from the payers to improve adherence, potentially even leading to payment by results approaches.

At some point, patient expectation will also drive market demand — the first company to crack this rather expensive nut will undoubtedly set a precedent for future inhaler products — and, as we all know, the regulators only ever bring the goalposts closer together… 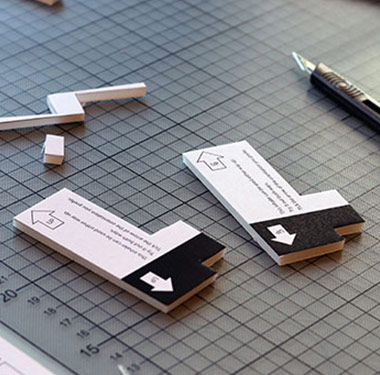 Sam’s internship year in the industrial design department at Team has made him wonder why certain things are the way they are. 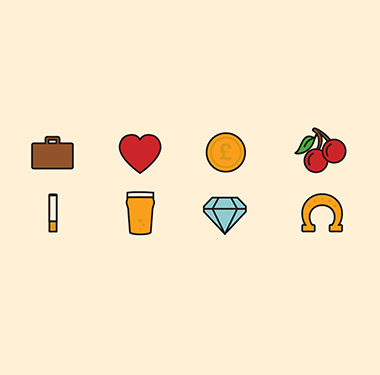 Through an interview with a COPD patient, Martin Bontoft looks at the context of the patient’s condition and the very personal barriers to better adherence. 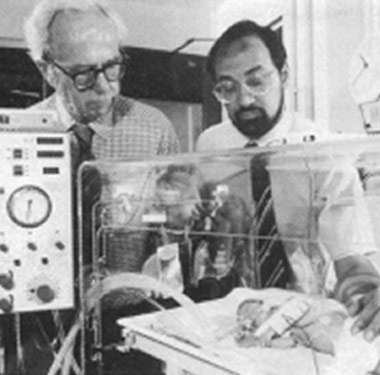