Imperial HealthHack 2018: What can you achieve in 48 hours?

Recently I went back to Imperial College in London (where I completed my master’s) to support their ‘HealthHack 2018’. The purpose of the “hackathon” was for a group of students from a variety of technical disciplines to spend a weekend together to develop a new game or app to tackle a specific healthcare issue. Having never attended a “hackathon” before I was excited to see what novel ideas would be generated, as well as what could be achieved in just 48 hours.

On the first day, around sixty students with backgrounds in engineering, computer science and medicine, gathered in the Sir Alexander Fleming Building to take part. The weekend kicked off with some introductory talks by the organisers emphasising their three main values; to inspire, share and deliver, and of course (as an event sponsor) there was a plug from myself on all that Team Consulting has to offer bright, driven and enthusiastic engineers.

The students were split into groups and chose a project from one of three categories; Rehabilitation & Disease Management, Lifestyle & Wellbeing and Open. They were also given a store of different hardware devices which could be incorporated into their projects, including Myo armbands (a wearable motion and gesture control device), an ultrasound sensor helmet, an EEG headband, Arduino boards and sensor packs.

The 48 hours went by in a blur of hacking, brainstorming, caffeine, coding and more caffeine. I was most impressed at how the groups remained so highly focused during the entire event (did I mention the caffeine?) and how they persevered despite coding difficulties and challenges within Github – the web-based hosting service for managing computer code and version control.

By 3pm on Sunday the groups had produced some amazing results which they presented with confidence to a panel of judges. One group had developed a rehabilitation game aimed at stroke patients using a Myo armband in combination with a game development platform called Unity. Another group produced an app aimed at helping children with diabetes to understand their condition and how to manage it. Other great ideas included an acne tracking app using computer vison to monitor percentage coverage, and a dementia tracking app designed to monitor disease progression whilst sharing data with clinicians.

The combination of the medical students’ understanding of current healthcare needs and the technical skills of the engineers and computer scientists enabled the groups to create meaningful projects with clear potential. Whilst I stood in the room and admired the results, I realised that the outputs of these events are not only about the final ideas (and what they may lead to) but also the connections you make and the exposure you gain to new technologies.

Spending a weekend in an environment filled with so much knowledge and enthusiasm has proven to me that healthcare development doesn’t have to be slow and laborious, it can be fast paced and dynamic. I believe that the healthcare industry as a whole, can learn a valuable lesson about innovative development from events such as this, I certainly did.

Failure is a friend: An engineer’s perspective of medical device failure 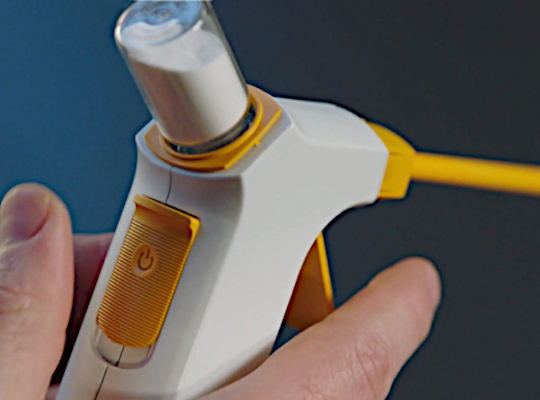 The making of Convesaid: a hemostat spray device