Team was approached by a small start-up company who needed help developing their novel optical examination device for approval (CE mark) in Europe. The company had significant commercial interest and had secured investor support to achieve the approval as quickly as possible.

Team helped the client establish its classification under the EU Council Directive 93/42/EEC for Medical Devices. It was a Class I (non-sterile) device. We provided a clear development timeline delivering everything the client needed to CE mark on a self-certification basis.

CE marking was achieved within 9 months. The device has been used on 15,000 patients and Team is now developing the next generation product for approval under the EU Medical Device Regulation 2017/745 (MDR).

Team was approached by a start-up company to evolve their conceptual optical examination device to a commercial product. During initial activities Team supported their commercial requirements but as commercial interest in the product grew, the need to commercialise the product became the core purpose of the work.

We assembled an experienced team to develop the device in accordance with our internal ISO 13485:2016 certified product development procedure. We also established a commercially viable production process. Planning, development, verification, validation and transfer to manufacture were completed on time and within budget. This allowed CE marking to be issued via self-certification within 9 months.

An agile process of CE marking

Delivering a fast-track development programme under an appropriate level of design control to allow CE marking requires a well-managed, multidisciplinary team effort. At Team, we know that aiming solely for CE marking does not guarantee commercial success. A successful product needs to be loved by its users. The working group, from 6 disciplines, ensured the end product was not only compliant to the EU Medical Device Directive demonstrating safe and effective use, it has also proven to be highly desirable for its end users.

This was a small development project for a start-up company, so one of the key challenges was using an agile process to manage the large number of personnel required to develop a highly desirable product and attain a CE mark while minimising overheads and meeting timelines. 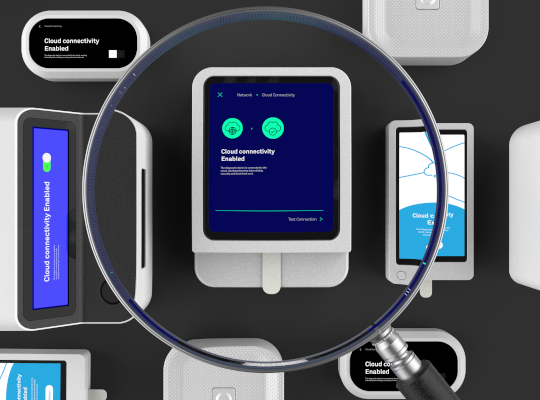 Assessing a diagnostic device for technical due diligence

Wonder how we could help?