TympaHealth and Team Consulting have been nominated for the UX Design Awards 2020, for the innovative Tympa System, a world-first comprehensive hearing health assessment device. The awards are an international competition for outstanding user experience, organised by the International Design Centre Berlin and with a formidable previous winners list including the likes of Phillips and GE Healthcare.

At present, millions of people with hearing loss are not recognised or able to access care. The Tympa System device is making successful hearing healthcare more accessible – putting an affordable and effective, all-in-one system in the hands of specialist and non-specialist professionals alike. A portable smartphone-enabled otoscope with accompanying smartphone app; the device assists at every stage of care, from regular check ups, full ear examinations and hearing tests to safe wax removal with microsuction. As well as being used around the world, the Tympa System is in use in high street pharmacies, nursing homes and is supporting the NHS in delivering care closer to home. 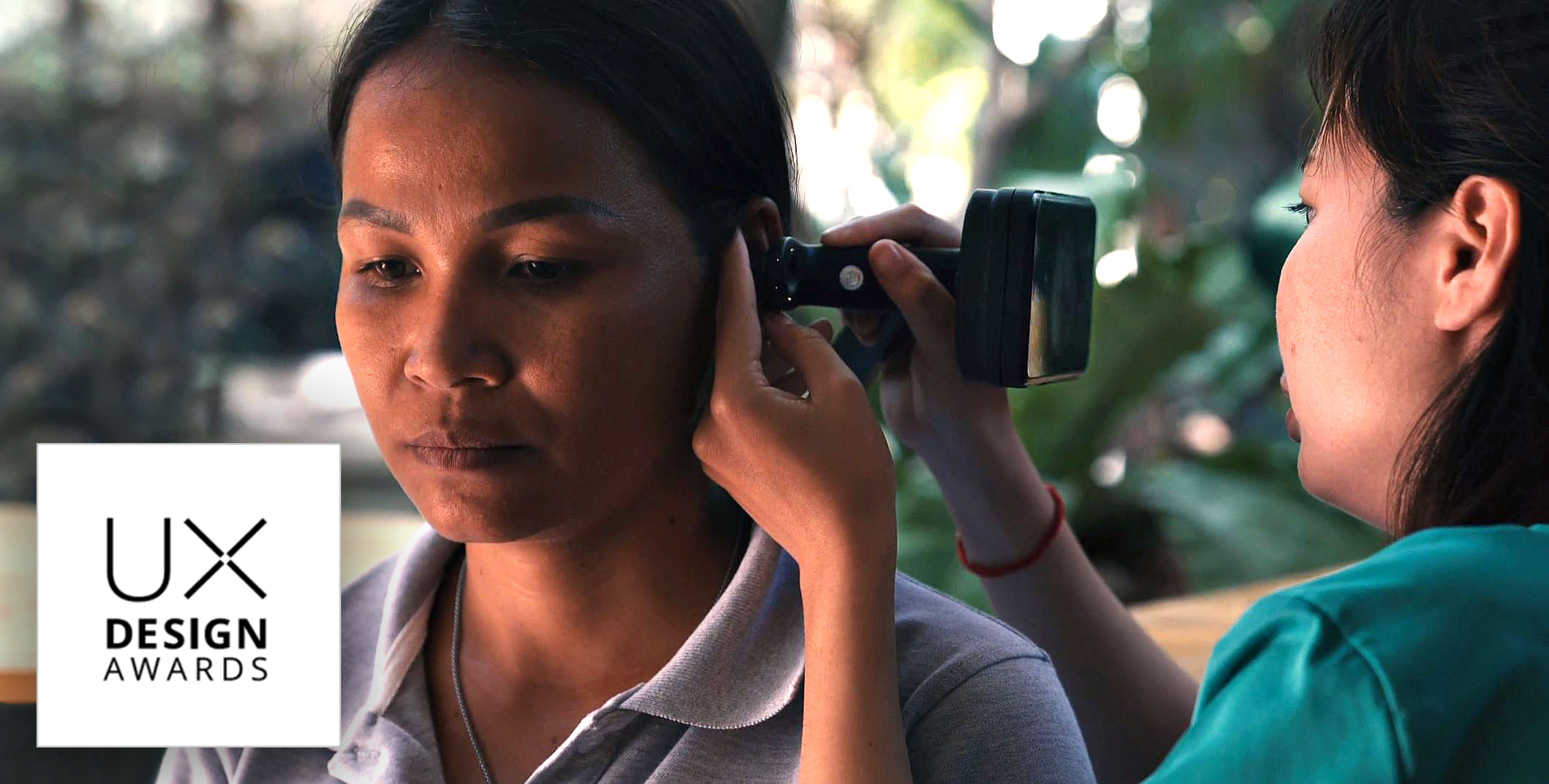 This is Team’s second nomination for this prestigious award. The first was for MagicPol, a smart dosage device and app for automatically tracking children’s medication. From hundreds of projects from over 30 countries, the Tympa System device was selected by the jury as one of 102 nominated designs. The nominations cover a diverse range of industries and sectors and fellow nominees include projects from Siemens Healthcare.

“This has the potential to revolutionise the pathway for people with ear and hearing problems.”

Ordinarily, the UX Design Awards exhibition and awards ceremonies are held at IFA, the global technology show in Berlin. However, following the recent announcement that IFA will not be going ahead as normal this year, preparations are instead underway for an online exhibition of submissions, and virtual awards ceremony.