The vast improvement in sequencing speed is partly due to the streamlining and optimisation of the 1st Gen sequencing technology which was invented by double Nobel Laureate Frederick Sanger, here in Cambridge during the late 1970s. It is also due to the emergence of even higher throughput ‘next generation sequencing’ (NGS) technologies.

Before looking at NGS, let’s recap how sequencing has been done up until now. Remember, DNA is just a long string of characters (A,T,C or G) so for the sake of this analogy let’s imagine we want to know the sequence of letters in a piece of written text – let’s say the first page of ‘War and Peace’.

To work out the sequence of letters, imagine we type out page one over and over again using an old mechanical typewriter. We’ve deliberately modified the ‘T’ key so that it sometimes jams the whole typewriter. Each time the typewriter jams, the partially completed page is removed and we start typing again on a blank sheet of paper. We end up with thousands of pages containing partially completed lengths of text of varying lengths, each always ending with a T.

To work out where the T’s occur in the text we just need to count the numbers of letters typed onto each page. Some pages will have 46 characters because the typewriter jammed at the first T (which is the 46th character). Other pages will have 57, 59, 66 letters and so forth. By looking at the lengths of text generated, we can deduce the position of every letter T. By modifying the typewriter to jam at a different letters, then repeating the exercise, we can work out where each letter occurs in the sequence.

This is exactly how first generation sequencing works. The DNA sequence is copied billions of times by a DNA copying enzyme which occasionally gets jammed at a particular letter (known as a ‘base’). By measuring the lengths of DNA strands which are produced you can work out the location of that particular base in the DNA sequence. You have to repeat the reaction for each of the four DNA bases (A,T,C and G) to elucidate the complete sequence.

The machines for doing this type of sequencing have got faster, cheaper and more accurate over the last decade but the approach is fundamentally limited in its throughput. Hence, scientists have been working hard to develop new approaches which can sequence DNA even faster.

Rapid sequencing would allow the genetic composition of the cells to be checked before they are injected into a patient.

NGS technologies also use a DNA copying enzyme but rather than terminating the growing DNA strands and analysing them, NGS detects each time a new base is added to the growing strand of DNA. There are various ways of achieving this but most NGS technologies measure a fluorescence or electrochemical change brought about by the addition of a new base. It is difficult to overstate the magnitude of the technical challenge involved in this approach. Effectively you need to detect the addition of individual molecules to a DNA strand which is growing at around 1,000 new bases per second.

The impact of NGS on healthcare

A huge amount of R&D resource has been invested in NGS technologies because the rewards are potentially enormous. At the present time it costs around $1,000 to sequence a person’s genome. As the cost approaches $100 per genome, the volume of commercial sequencing is set to increase exponentially as it becomes routine practice to sequence each patient’s DNA. At this point, the availability of genetic information will begin to have a noticeable impact on healthcare.

Some of the impacts of low cost sequencing have already been well documented. For example:

The potential of personalised medicine (selecting drugs for each patient based on their genetic profile) has been talked about for several decades and is already being used but will become more widespread as NGS takes off. It should also help pharmaceutical companies to revive some drugs which had previously been dropped due to patient genetic variability within clinical trials.

Healthcare providers, payers and IT service providers are already beginning to think about the ethical, logistical and infrastructure issues created by the proliferation of all this genetic information.

The practice of clinical microbiology will be transformed by the ability to routinely analyse the genetic composition of all isolates and to determine phenotype, in particular antibiotic sensitivity.

With all the fuss about personalised medicine, insurance, ethical questions and data integrity, I think that the impact of NGS on cell therapy may have been slightly overlooked. Research in cell therapy is progressing rapidly, yet the routine use of cells as therapeutics poses some particular challenges in terms of quality control which NGS could potentially solve.

Quality Control (QC) is a central pillar of drug safety. The pharmaceutical industry has applied stringent QC to chemical drugs for many years. Biologic drugs presented the pharma industry with a slightly bigger challenge, but proteins can now be characterised with great precision. Cells, on the other hand, present a much greater QC challenge. The trouble with cells is that they grow, they change, they die, they aren’t always identical and they may even mutate when you’re not looking. Obviously, the biggest concern is that cells mutate and become cancerous. This is where rapid, cheap genome sequencing could be tremendously powerful. NGS would allow a sample of therapeutic cells to be sequenced quickly and accurately and be used as a release method for each batch.

Rapid sequencing would allow the genetic composition of the cells to be documented and checked before they are injected or infused into a patient. Quality Control perhaps isn’t something which laboratory research scientists would necessarily be worried about, but regulators such as the FDA will demand a rigorous QC process before any cells are allowed to be used therapeutically.

Twenty five years ago everybody knew that mobile telephony would have a huge impact on society and communication. However, few could foresee the emergence of social media and its commercial and social impacts. I think there are parallels with NGS. We know it will change the nature of healthcare and we’ve identified some likely areas in which its impact will be felt. However, NGS will inevitably find new applications and enable technologies which we currently can’t predict. Cell therapy may be one part of that future but we’ll have to wait and see what else is in store.

This article was taken from issue 5 of Insight magazine. Get your free copy of the latest issue here. 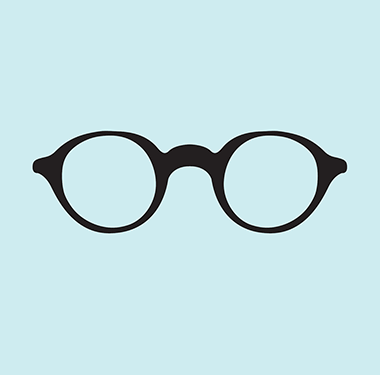 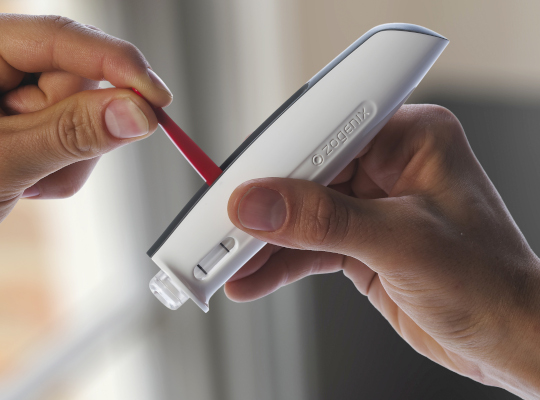 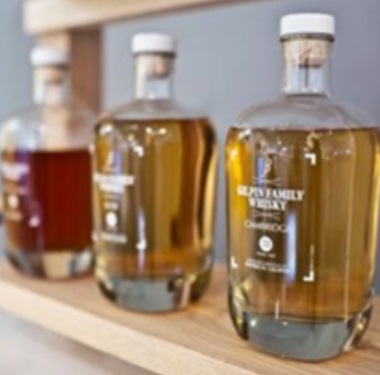