As new innovations in ‘connected medical devices’ and medical products featuring electronics and sensors continue to become one of the top areas of conversation in the health and medical industry, we’ve been thinking about the whole phenomenon – the idea that perhaps an inhaler or injector might connect wirelessly with another device or the Internet.

Specifically, what we’ve been exploring is what the patient gets out of this. It’s far easier to see the benefits to the payer or clinician: ‘big’ data aggregates for populations, compliance rates and knowledge about the behaviour of individuals – is that drug not working or is the patient not taking it?

All of that is great but, for me at least, it’s not so easy to see the end-user benefit, so we thought we’d start asking.

Porfirio, 28, a ‘connected’ asthma inhaler user
Porfirio is a 28 year old asthmatic man in New Mexico who got two free Propeller Health devices via a Facebook ad. He has one on his preventer and the other on his rescue inhaler, and he has the app on his smartphone. Originally he got them because he’s “a technology person”, but now he says he “loves the sensors”.

Now he finds that he takes his dose even before the reminder’s gone off – a bit like you or I waking five minutes before the time we set on the alarm clock.

The sensor sits on top of the inhaler and you press it to get a dose of Dulera, or whatever. That press is recorded; when it happened and where. Later you sync the sensor to the app and all that time and GPS data gets downloaded, from the smartphone it then goes to Propeller. The sensor and the app only make sense together, and it’s clear from what Porfirio says that it is this combination that provides the benefit.

The app let’s him set reminders to take his preventer twice a day. Before Propeller he was OK but would often skip doses, his routine was irregular. Now he finds that he takes his dose even before the reminder’s gone off – a bit like you or I waking five minutes before the time we set on the alarm clock. I’m not sure why that’s happening: whether it’s conditioning, or some kind of enrichment, like a ‘memory palace’ or a mnemonic strategy, but whatever it is, it’s working. 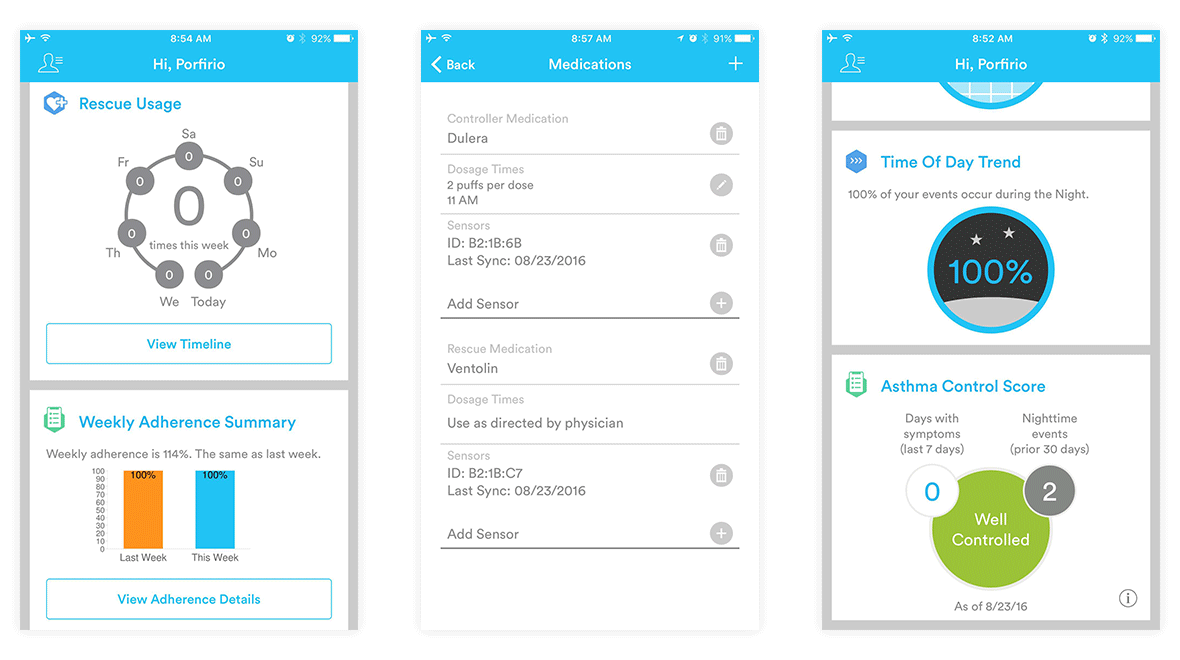 Then the app shows him, in hard, objective data, that he is adhering. There’s a nice virtuous circle here: the reminders that he has learned to predict, then the visual confirmation that he is taking the preventer and that his rescue usage has dropped (in Porfirio’s case, to zero). The one reinforces the other and this just tips the balance for him.

There is no ‘silver bullet’ here, I think that’s the important thing to realise. The Propeller device will not transform someone overnight. But as part of an ecology of aids, that work together, that each incrementally raise the person’s self-efficacy and adherence; I think I can see a clear patient benefit there. 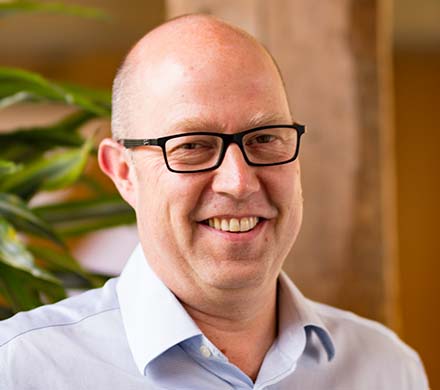 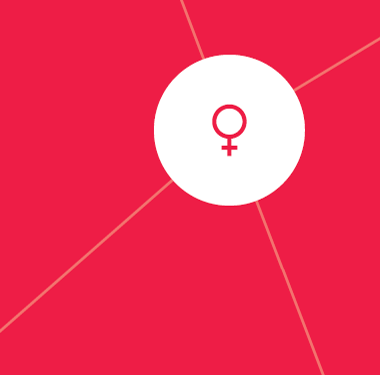 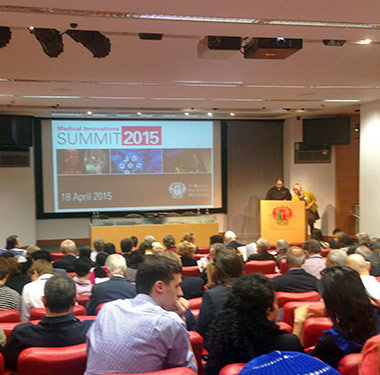