Team Consulting has won a 2016 Red Dot Design Award for REVITIVE Medic, the flagship product in a range of circulatory health management devices for Actegy Health. The Red Dot Design Awards are a renowned symbol of excellence in product design around the world.

REVITIVE Medic is the only Class IIa device of its kind clinically tested and proven to significantly increase circulation in the lower legs and feet. This new and improved version includes many new features, including a simplified user interface with text replaced by icons to support international use and audible feedback designed to reassure users. Josh Penny, CEO at Actegy Health has commented on the win, saying “in partnership with Team Consulting, REVITIVE Circulation Booster maintains its category champion status. But Team put just as much effort into the technology you can’t see as the features you can. Now with four Red Dot Awards to the Actegy-Team partnership it’s testimony to a winning formula.”

Paul Greenhalgh, director of design at Team Consulting added: “It was important when developing the aesthetics of this next generation product to retain the DNA of its predecessors whilst clearly differentiating it from other products in the range to help Actegy communicate the benefits of the new offering at a glance.” On the design of the device, Paul said “with this device, we’ve built on the success of the market leading REVITIVE IX and LV products, by designing a product that addresses different sectors of the market and encourages people to start managing their leg health earlier, before a serious deterioration in leg health could occur.” 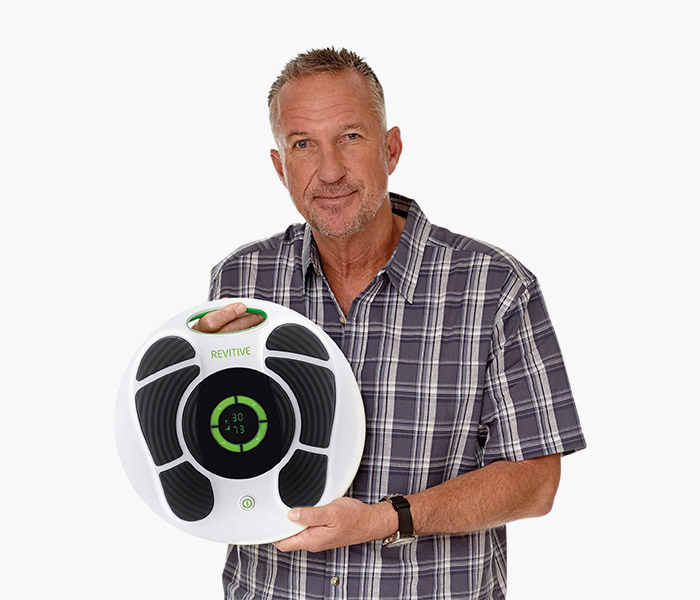 The product works by using Electrical Muscle Stimulation through two foot pads to stimulate the thousands of nerve endings in your feet. The tactile foot shaped pads, with newly added concentric circular wave patterns, communicate correct foot placement and reflect the pulsing waveforms of the device, whilst the large handle allows the device to be carried easily. This year’s success follows three previous Red Dot Design Award wins for Team and Actegy Health working together in partnership. » See the REVITIVE Medic on the RedDot website