New liver perfusion system set to increase quantity and quality of livers for transplant surgery Cambridge, UK — 18th March 2013 – A breakthrough system that keeps a liver ‘alive’ outside the human body prior to transplantation has been used successfully to treat two patients as part of a controlled clinical investigation (see announcement from King’s College Hospital). The self-regulating normothermic liver perfusion system, devised by OrganOx and designed and developed by Team Consulting, has the potential to increase the supply and quality of livers available for transplant. “In Europe and the US, around 13,000 liver transplants are undertaken each year” said OrganOx Limited CEO Dr Les Russell. “However, there is a combined waiting list of around 30,000 patients and up to 25 per cent of these patients die whilst awaiting transplantation. Meanwhile, over 2,000 livers are discarded annually because they are either damaged by oxygen deprivation or do not survive cold preservation due to elevated intracellular fat.” Team Consulting has worked with OrganOx since 2009 to bring OrganOx’s large, manual, clinician-dependent process out of the lab into a fully autonomous, transportable and commercially viable form. OrganOx’s patented auto-regulation technology has been extensively peer-reviewed and validated in over 30 publications. The new system, called the OrganOx™ metra™, operates by maintaining the organ in a fully functioning state during transport and storage, by providing blood flow, oxygen, carbon dioxide control, nutrients and temperature control within physiological parameters. This body-mimicking system, that also monitors factors such as bile production, not only enables the liver to be stored safely for a longer period (up to 24 hours) but also provides the surgeon with real-time and cumulative data with which to assess function and viability. This is a major advance since there is currently no means of objective viability assessment. In current clinical practice organs are retrieved, flushed with a cold preservation solution, packed on ice and rushed between donor hospital and transplant centre. Today, many livers are discarded due to logistic constraints and an inability to assess liver quality. Team was appointed by OrganOx to assist with the design and development of their new transportable, performance-critical device and take it from proof of concept to commercial manufacture. Team’s primary focus was turning OrganOx’s manual, clinician-dependent process into an autonomous system with a safety-critical architecture and embedded software program. The safety critical architecture means that if a system component or peripheral feature fails for any reason, then the core system will continue to function to avoid causing damage to the liver. The other key challenge in the design brief was the need to make the system suitable for road and air transport. Within the first nine months Team had developed an automated proof of principle machine that showed how the manual lab-based system could be developed for commercial use. The subsequent two years were spent taking the system from proof of principle to clinical investigation grade devices. 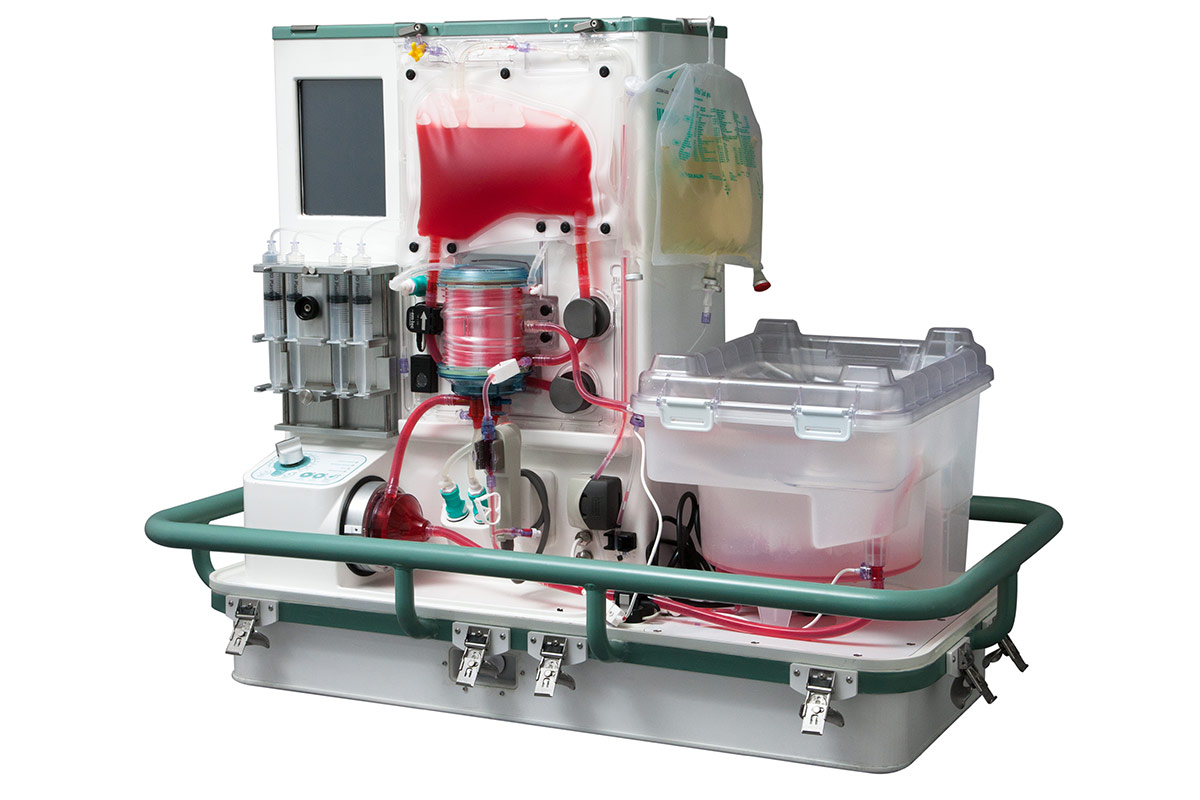 “We have designed the safety critical system to be robust, reliable and simple to use. Using the combination of all of our key skills we have delivered a final product that meets some very demanding requirements,” commented Stuart Kay, Head of Electro-Mechanical Engineering at Team Consulting. “At the start of the project we had no reference point as this has never been attempted before. That we have been able to successfully deliver a system that is already saving lives is a testament to our design and engineering capabilities, and the dedication of the whole project team.” Dr Les Russell, CEO of OrganOx Limited added: “After 17 years of research and development we have reached a critical juncture with our ground breaking technology. We are confident that the system will play a major role in saving many lives around the world. Team’s empathy, expertise and insight have been invaluable to us throughout this journey.”