Self-monitoring – too much or not enough?

I watched the BBC’s Horizon programme last night called ‘Monitor Me’ – a programme which explored the medical revolution that promises to help us live longer, healthier lives. Inspired by the boom in health-related apps and gadgets, it was all about novel ways we can monitor ourselves around the clock.

As someone who works in the medical device field this was a fascinating programme. There are apps to monitor your number of steps; your sleep cycles; your heart rhythms and so on. There was even a doctor in the US that instead of prescribing medication for his patients, searches for apps for the particular condition and prescribes those to his patients so that they can look after themselves at home. This can only be a good thing surely?

If we can encourage people to take responsibility for their own health and conditions, it can prevent illness occurring and if it still does, manage these people out of hospital – thus saving costs, bed space etc. But is it all a bit too much pressure? Can we know too much? Do we risk worrying so much about what we should be doing and not actually going out and just ‘being’?

Take one guy on the programme that had spent a number of years monitoring, tracking and measuring every single medical parameter possible about himself under the sun.

Yes, he knows to the nth degree what is going on with his body and he was even able to find out he had Crohn’s disease from researching published papers on some of the parameters he’d seen were elevated (although just having spent a lot of time talking to people with Crohn’s recently – you’d have thought he’d have been able to suspect something was up from the stool samples he kept in his freezer!). But I do wonder when does this guy just hang out with his friends? Or sit down and have a nice cup of tea with his ‘very understanding’ wife? Or is he too busy worrying about the effect this might have on his creatinine levels?

As someone who is also perhaps a little bit freakish about keeping fit and healthy – I felt compelled, whilst watching the show, to search for and download a sleep cycle monitoring app. Having always been a pretty good sleeper – feeling relatively able to function on around 7ish hours sleep a night – I had no idea whether I was getting ‘quality’ sleep. So I thought I’d give it a go.

I diligently set the alarm on the app, choosing a suitably ‘tinkly but not too tinkly’ tune to be woken to somewhere between 6.30 and 7am depending on when it decided I was in the right part of the sleep cycle to be woken. Placing the phone on the mattress beside my pillow I started the monitor.

What then followed seemed to be the worst night’s sleep I’d had in a long time…. The first few hours were ok – but from about 2am I was awake it seemed like every five minutes. I was worrying about whether the app was still working; wondering whether it would be only picking up me or were the results being affected by my husband’s sleep cycle; worrying about whether I’d set the alarm part properly and that was even before I was completely awake and starting wondering what I was going to cook for tea tonight…

When I did fall back to sleep again I was rudely awoken from a deep sleep by my husband’s alarm – I didn’t even get to be gently awoken by the ‘tinkly’ alarm on the app – (which as it happens I hadn’t set loud enough anyway so my concerns in middle of the night were correct).

According to the app I was asleep for 7h 44m and 31s. My sleep was 97.5% efficient with 24% spent in deep sleep – which a quick search on the net this morning shows isn’t too bad.

All in all a good score – so why do I feel so knackered? Had the pressure of being monitored affected my sleep? Was I really awake as much as I thought I was in the night? Was the app picking up my husband? Or was it purely because my husband’s alarm went off in the wrong part of my sleep cycle?

Whatever the reason, I feel compelled to do better and to strive for a great night’s sleep! But then I guess that’s the whole point…

There’s definitely a plus side to medical apps and the fact that they give us the ability to actively manage our heath. But does this only work for people who already care? Are the people who they are targeted at not in the category of ‘at risk’ because they are the ‘worried well’ – already preoccupied with their health anyway?

It would have been interesting to see the Horizon programme pick some people who had some medical issues but were not motivated to improve their health and see whether giving them an app made any difference.

I can see the benefits of specific apps for certain conditions to allow patients to manage themselves outside the hospital if possible. But you need to be motivated enough to do it, with a certain amount of money for the smartphone, data contract, apps and their associated dongles, etc.

This alone could rule out those poorer, less educated, or older people who don’t have the finances or inclination to access the required technology and who wouldn’t feel compelled to participate even if they did. The biggest challenge for the medical app world is not adoption by the ‘worried well’ but may be how to entice these less able groups to participate.

After all, compliance is one of the biggest challenges facing healthcare today – but if those who need help most aren’t interested or able to access it, why should an app make all the difference?

Can apps help you manage arthritis? 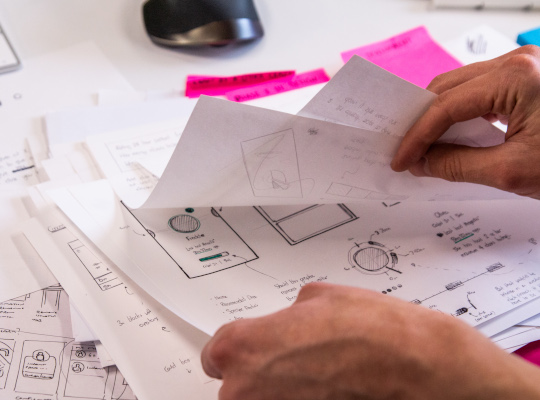