I don’t know if you’ve noticed what’s happening in the field of space transportation recently? I’m only slightly ashamed to say that I’m finding it fascinating and really very exciting. Like me, you probably aren’t paid to concern yourself with advances in space technology, but over the last year or so I’ve been captivated watching livestreamed SpaceX rocket launches from Cape Canaveral. They are scintillating viewing.

The private US company SpaceX, led by the enigmatic Elon Musk, is in the process of radically reducing the cost of delivering cargo into orbit – that’s what got me interested. The whole purpose of creating SpaceX was to make getting things into orbit cheaper and more accessible than ever before. Musk knew that cost was the key, so from the outset his team critically examined the cost of launching rockets into space. They knew that the first stage of a rocket (the big bit with the engines on) made up 2/3 of the launch costs – if they could return the first stage to Earth and reuse it each time, rather than losing it, then they’d save a whole heap of money. It sounded like a simple idea but NASA and other experts told SpaceX it could never be done.

Musk and his team ignored them and set about designing and building rockets which could be launched, returned to Earth and reused. On December 22nd 2015, SpaceX launched one of its Falcon 9 rockets from Cape Canaveral. The rocket delivered eleven satellites into orbit, but uniquely, the first stage of the rocket was safely returned to a nearby launch pad where it landed vertically. They’ve since repeatedly landed several rocket stages on their autonomous drone ship out in the Atlantic. If you haven’t watched a clip of one of the rockets landing, watch it now (it is amazing):

There are many things that I admire about what SpaceX has achieved, but what stands out most was the realisation that cost reduction was key to unlocking greater access to space, so SpaceX made this their goal from the outset.

The medical device industry has been talking about Point-of-Care (PoC) diagnostics changing the delivery of healthcare for more than two decades now, but PoC diagnostics products haven’t really delivered on their potential. Very few of us have had a panel of blood tests done in real time by our primary care physician. Blood glucose meters and pregnancy test strips are big business and some PoC diagnostic products have found various niches, but the vast majority of blood tests are still sent off to a central lab for testing.

Cost is the single biggest barrier to more widespread adoption. Problems with accuracy, precision and usability have gradually been ironed out, but cost remains the overwhelming obstacle limiting greater uptake and integration of PoC products into mainstream healthcare.

PoC diagnostics will only begin making a significant impact on healthcare delivery if and when new products are launched at a radically lower cost – along with the necessary accuracy, precision, reliability, usability and connectivity. You’ve got to have the full package. Fall short on any one of these and you can join the long line of companies that almost made it.

How much cost reduction is required?

Lots of quantitative analysis has been done but personally I think that end user costs need to be more than halved in order to allow PoC tests to deliver on their full potential. This is a huge challenge. Such a big reduction in cost is unlikely to come just by making incremental cost savings. It will require companies to think differently from the outset. Just like SpaceX, cost-of-goods targets must be central to the overall development strategy.

One of the problems with the PoC diagnostics industry is that clever assay technologies have normally been the starting point for new businesses. Few companies, if any, have considered cost first and used their economic model to inform their technology selection. However, unless leaders are willing, like Elon Musk, to face harsh commercial realities then they will struggle to make transformative leaps forward. 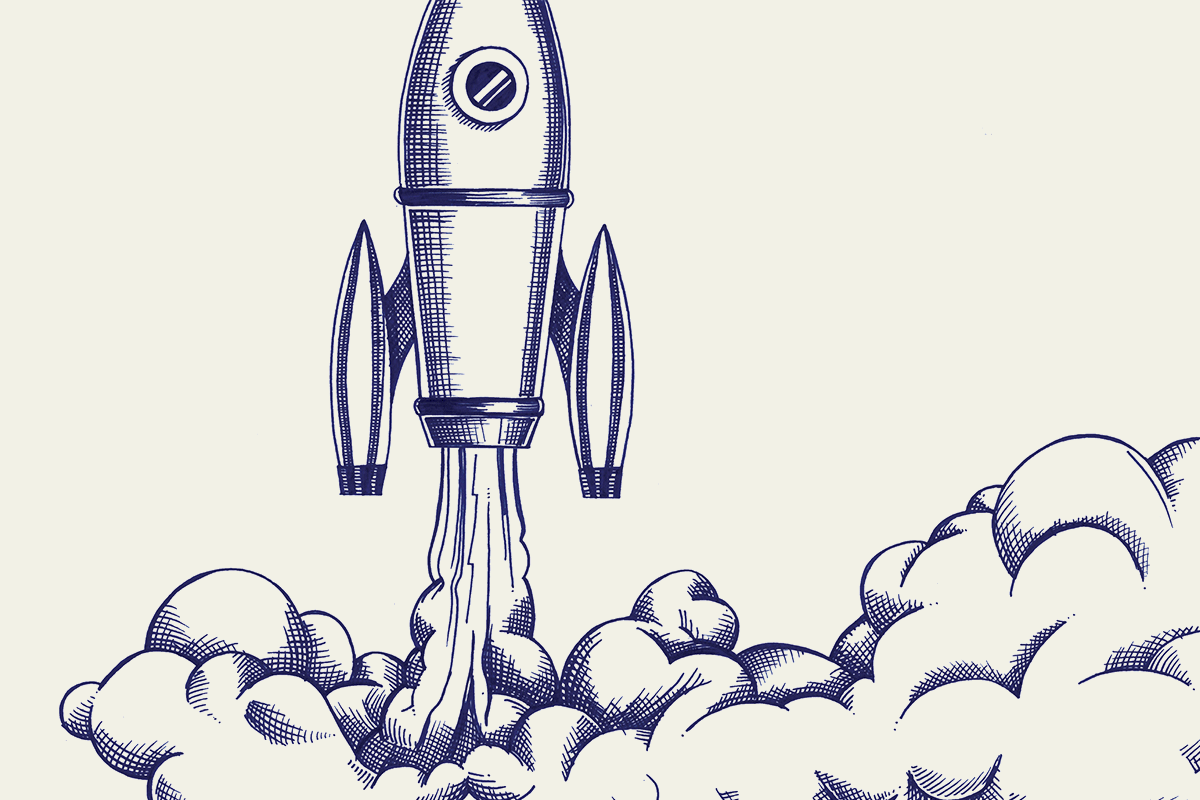 Whilst cost is critical, it isn’t good enough just to be cheap. A successful PoC diagnostic product needs also to address accuracy, precision, reliability, usability and connectivity. Test accuracy and precision is a non-negotiable threshold which must be met by any diagnostic system. Without adequate assay performance you simply don’t have a product, so we won’t discuss performance here.

Usability, from a risk perspective, has come under greater scrutiny from regulators over the last ten years. The subject of risk-based usability or human factors has been described eloquently in other Insight articles and Team has been at the forefront of this field for almost two decades, so I won’t dwell on it here, except to say that usability has to be ‘baked in’. Usability and human factors considerations can’t be bolted on to the end of a diagnostic system development programme any more.

Data connectivity is currently a hot topic in medical devices generally, particularly in the context of PoC diagnostics. There’s no point in doing tests rapidly and near the patient if you can’t quickly share and act on the results. This isn’t a new observation.

Twenty years ago in 1996 Parvin et al. commented that “numerous questions persist regarding POCT. For example, management of patients’ data (billing, entry into medical records and medical information systems) is not automatic or always straightforward.”

I don’t think that inadequate connectivity has greatly limited PoC adoption up until now, but I do believe that in order to gain widespread adoption, (assuming costs are reduced), successful products will require connectivity to be extremely well implemented. Healthcare IT systems are gradually becoming more integrated so any PoC technology must slot easily into this ecosystem. Sadly healthcare IT systems have historically been poorly implemented; hence the process of slotting in a new product has been painful, clunky and slow.

The reasons why healthcare IT systems have been so poor are many, and one major challenge is that you can’t develop technology on a trial-and-error basis. Just like air traffic control, healthcare is too safety-critical to just ‘suck it and see’. You can’t simply try something out and hope that the test results or sensitive patient data won’t get corrupted, lost or disclosed. This has handicapped the medical industry. Consumer electronics and home computing have evolved quickly because they could rapidly undergo many iterative development loops and nobody died when the technology fell over.

Think back to word processing in the 1980s when hardware and software could be anything from bad to completely awful. Essays got lost, documents got corrupted and transferring files between computers, programmes or operating systems was a complete lottery. But, gradually over time, the world improved things – things like Lotus Notes and WordPerfect thankfully disappeared, Apple and Microsoft started talking to each other, e-mail became ubiquitous, cloud storage appeared and, thanks to a huge amount of development trial and error, we now have the ability to share documents quickly, easily and reliably.

To get round this problem and build really good connected health infrastructure the medical industry is working extra hard, using the latest development tools and applying lessons from the consumer world wherever possible. I expect it to take another three to four years for health informatics systems to be refined and widely adopted within the diagnostics world, but the train is now moving and it isn’t going to stop.

The agile, smart companies who recognise the need to consider cost from the outset, and who can bring together all the other interlinked aspects of PoC systems such as usability and connectivity, will survive and thrive. Organisations without the necessary vision, decision-making ability or perspective will struggle.

At this stage it isn’t clear who the winners and losers will be. Some of the current crop of PoC diagnostics start-ups will inevitably fade away. A handful of the most forward thinking, agile and decisive companies will make a success of it. They may not accomplish the stratospheric market penetration in healthcare that the likes of Amazon and Google have achieved in the consumer world, but we shouldn’t be surprised to see new players taking significant market share, because they’ve thought about cost from the outset and also delivered on assay performance, usability and connectivity. 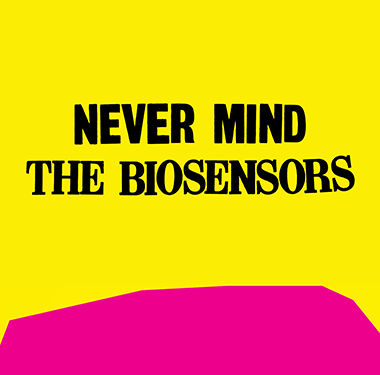 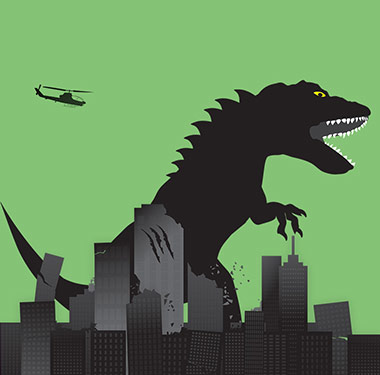 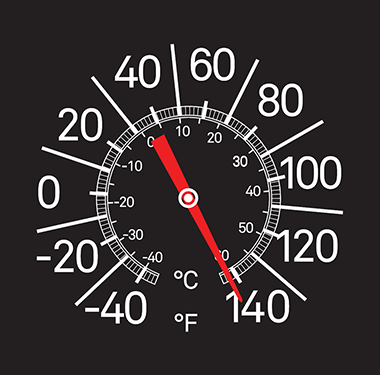