Team Consulting is proud to share that one of its ambitious clients, OrganOx, has published its Phase I clinical trial results using its metra® device, a normothermic liver perfusion system. In March of this year, the system, devised by OrganOx, a University of Oxford spin-out company, and developed by Team, demonstrated the safety and feasibility of its transplantation and transportation technology.

The system, which Team spent over four years developing, is designed to transport and store a liver at a normal body temperature (a normothermic temperature) for up to 24 hours, with the aim of increasing the availability of suitable livers for transplant. Nothing like this had ever been attempted before, and it required all of Team’s combined knowledge of electronics, mechanics, design, software and fluidics to make OrganOx’s vision a reality. The device first came to public attention in March 2013, when the first transplant using it took place at King’s College Hospital in London. This ‘world first’ for liver transplantation was picked up by some of the world’s leading media outlets, including Reuters, The Wall Street Journal & New Scientist. 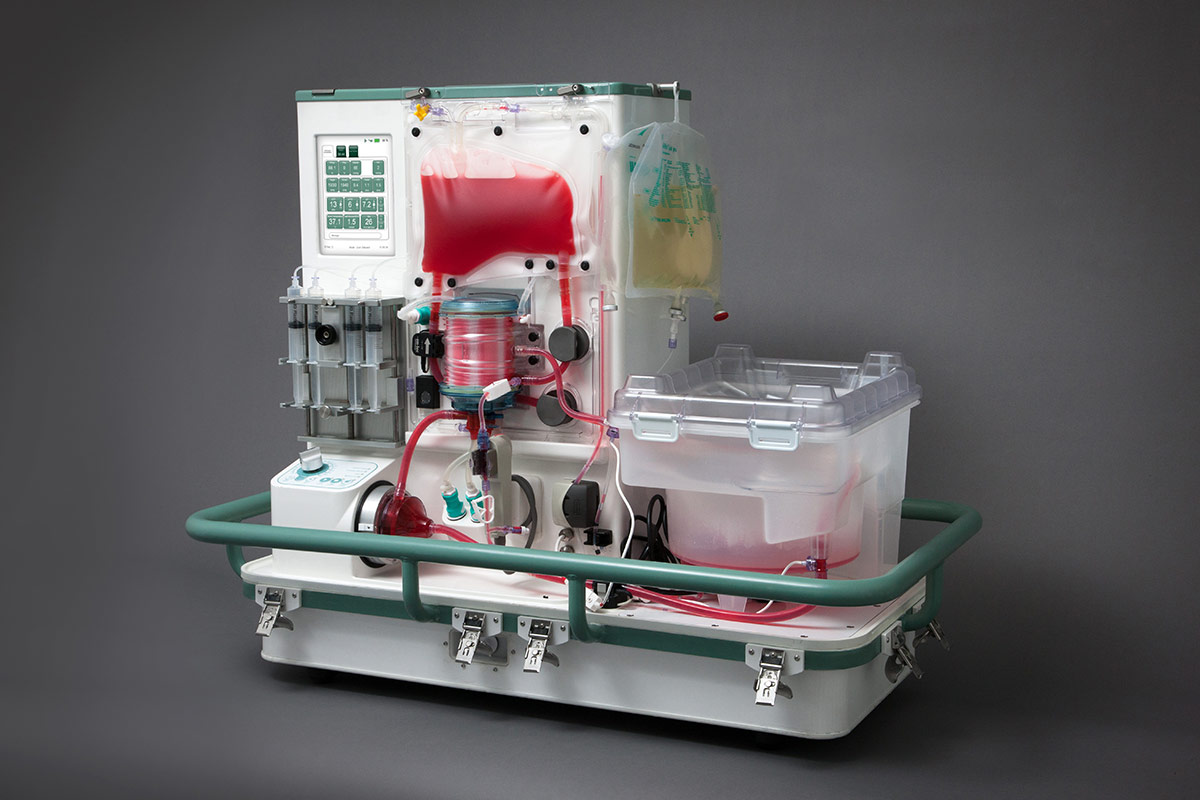 OrganOx metra® At the time, its potential was felt by Mr Wayel Jassem, the surgeon who performed the transplant: “For the first time, we now have a device that is designed specifically to give us extra time to test the liver, to help maximise the chances of the recipient having a successful outcome. This technology has the potential to be hugely significant, and could make sure livers are available for transplant and, in turn, save lives.” More recently, the results of its Phase 1 clinical trial have been published in the American Journal of Transplantation. All twenty of the transplants using the metra® device were successful and the report “demonstrates the safety and feasibility of using this technology from retrieval to transplantation, including transportation”. The results also echo Mr Jessem’s sentiments, saying the device “may be valuable in increasing the number of donor livers and improving the function of transplantable organs”. Enrolment in a European trial comparing the efficacy of the using OrganOx metra® with the traditional cold storage method in liver transplants has now been completed. Seven centres across four countries participated and the data from the 220 liver transplants, 110 using the metra® device, is currently being analysed. There are further trials taking place in Canada and the USA. Team awaits the results of all three with great interest. → Wiley Online Library: Liver Transplantation After Ex Vivo Normothermic Machine Preservation: A Phase 1 (First-in-Man) Clinical Trial