Against all the mods… 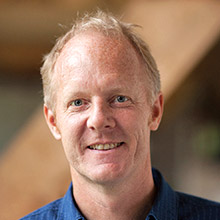 Faced with the prospect of designing a new inhaler where 80% of the parts and surfaces are already defined, you would think there was limited design scope. But in fact, this is not such an unusual situation for a designer to find themselves in, and it presents some interesting challenges.

Before launching any redesign project, a lot of thinking needs to go on in order to understand the technology, its users, and manufacturing and client requirements, whilst adhering to tight constraints. This holistic approach ensures the design effort is targeted where it is needed to achieve the optimal ‘whole product experience’.

One of our clients recently asked us to re-skin a successful inhaler which had been on the market for several years. The key constraint was to ensure that the air path and dose presentation within the device remained exactly the same and would be unaffected by any external alterations – including plastic wall sections and tool split lines. However, as the inhaler was a flagship product, it was also a requirement that brand values were embodied in the visual language of the design, and the overall product aesthetic was brought up to date. Bearing in mind the long leadtimes for introducing the inhaler onto the market, the resulting design also had to be timeless and not simply aligned with the latest fashion.

Team’s approach to the project identified product landscape, user expectations and client values as key areas for analysis. As it was considered advantageous for the design to be discrete, not drawing unnecessary attention or broadcasting a patient’s condition, we looked for a design that would blend into the user’s environment, project a positive image about their health, and underline a pro-active approach to managing wellbeing, in a similar way to taking vitamin pills or exercising.

Building on this, we considered a range of products and lifestyles that reflected positive, healthy living. Three themes were identified – nature (organic), active (sporty), and nurture (health spa). A number of design concepts were presented for each theme, giving the client the opportunity to assess which approach most closely mapped onto their brand objectives and vision. It was decided that the health spa aesthetic reinforced the values that they wanted to convey and this was progressed into the final design.

The predominantly plain white appearance of the resulting inhaler established its clinical pedigree, and provided an uncluttered canvas for small, focused areas of accent colour. These areas of colour gave life to the design, and provided opportunities for strong interaction cues when used to highlight the operating buttons. Colour also opened up the possibility of linking the design with a corporate colour scheme and brand identity. By incorporating a translucent area in the design, a level of openness and honesty about the product was suggested, subconsciously reinforcing the user’s positive perception of both the therapy and the pharma company behind it.

When trying to enhance aesthetics, there is often a real tension between reinforcing the perceived quality of a device and disposable product cues. The inclusion of an area of tinted translucent plastic not only reduced the visual bulk of the device, but also helped lower the perceived value; this is important for disposable products as users are conscious of both plastic waste and the intrinsic value of the products they are throwing away. Clearly size and weight play a significant role in determining user concerns about waste, and this is a constant challenge. Fortunately, this particular device was already extremely compact, and could be used multiple times, so was therefore less dependent on some of the more subtle masking techniques.

As is typical with many, if not most, of our projects, industrial design input was not confined to how the device looked. Another very important aspect of this brief was to address an identified usability issue. Despite being on the market for several years, there was an unacceptable handling issue associated with loading the device. The original design, whilst technically efficient, was unintuitive for a significant proportion of users as the method of access did not conform to established mental models of how similar shaped objects behave, and the design lacked the necessary visual and physical cues to combat and redirect the user’s expectations. The shape, proportions and size of any product, combined with the position of split lines and reinforced by experiences with other similar products, should naturally suggest correct use. In this case, the device’s geometry, aesthetic and cues suggested the access component should either be pulled-off or hinged out of the way, neither of which were correct. This was evident during user handling studies when it was also observed that users, confronted with an interaction that did not conform to their expectations, would apply excessive force resulting in a damaged or broken device.

To address this problem we needed to identify the most obvious interaction appropriate to the function of the device within the design constraints. The requirement was for all parts of the device to be permanently attached. Having considered a number of options, and supported by observations from the earlier user study, a hinged component emerged as the most obvious and intuitive solution. However, before designing the component in detail we needed to take a step back. For the design to be successful the user had to correctly orientate the device before any other operation was undertaken. To do this we needed to communicate which face was the front. From a design perspective this is like a pre-emptive strike, trying to ensure users start the process from the correct position so that everything else falls into place. To achieve this, several elements were introduced into the design. The form was intentionally asymmetrical so that the cap could obviously only fit one way; this asymmetry also helped provide a tactile cue enabling users, through experienced learning, to orientate the device without looking directly at it. The relatively large plain cap provided an ideal face on which to print a logo, visually reinforcing the front of the device. This strategy built on learnt behaviour, such as users’ expectation of the direction in which a door handle or tap will turn, and this behaviour can become automatic provided there are sufficient cues. In the case of an inhaler, users typically use the device frequently and over a long period of time, enabling designs to exploit experienced learning rather than use exaggerated cues to primarily cater for novice users.

Having considered the basic orientation of the device, the next issue was how to communicate the hinged articulation. Given the objective of minimising the number of finger grip adjustments required to complete the tasks, the design intent was to persuade the user to hold the device between the thumb and forefinger throughout the loading and inhalation process. This ruled out the option of hinging components on one side or the other as this would make it biased to left or right-handed people. The design was therefore developed with a front to back hinge. By deliberately making the hinge visible, it provided an affirmative cue to the user that the design was intended to hinge and in a particular direction. Assuming the pre-emptive orientation cues have worked, the hinge opening front to back is intuitive, and this, in turn, makes it is easy to load the device and check whether all the drug had been fully delivered post-inhalation, and all achieved from the front of the device without changing grip.

This example does not focus on the additional elements of the brief – requirements to ensure the minimum number of parts, appropriateness for volume manufacture and assembly, and regulatory compliance – but does illustrate that even within an apparently very constrained brief, there is plenty of scope for improvement and enhancement. The right industrial design input can significantly increase the chances of developing a product that works as it should, is handled as expected, reinforces brand values, and looks elegant, practical and desirable. 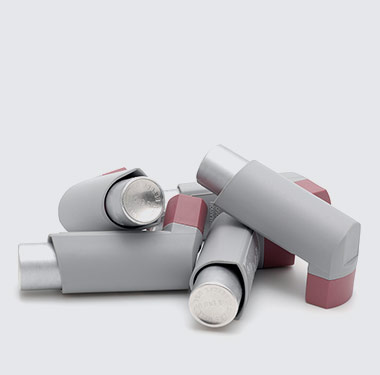 Developing a strategy for generic inhalers 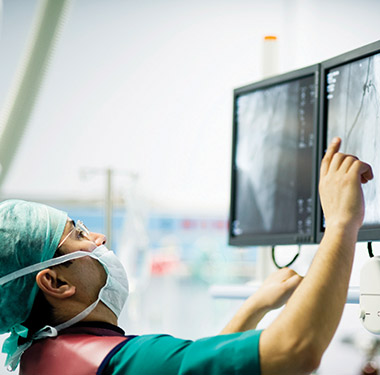