A brief history of Team

Twenty-five years ago, five colleagues who had worked together at PA Consulting decided to set up their own product development and engineering company. The focus, according to Andy Fry the only remaining founder still involved with Team, was to target the tranche of companies put off by the rates charged by larger consultancies but still in need of a high end technical service. The founders settled on the name ‘Team Consulting’ as it embodied the aspirational culture of the fledgling firm, one of combined wisdom, teamwork and collective expertise.

During 1986, the founding five resigned from their existing jobs and on November 11, 1986 the company was officially incorporated. Team’s first office was an inauspicious cottage on the High Street in the small Hertfordshire village of Barkway. By the beginning of 1989, Team had expanded, albeit slightly, to six full timers and two associates, and had moved into a larger property literally just up the road at 102 High Street. 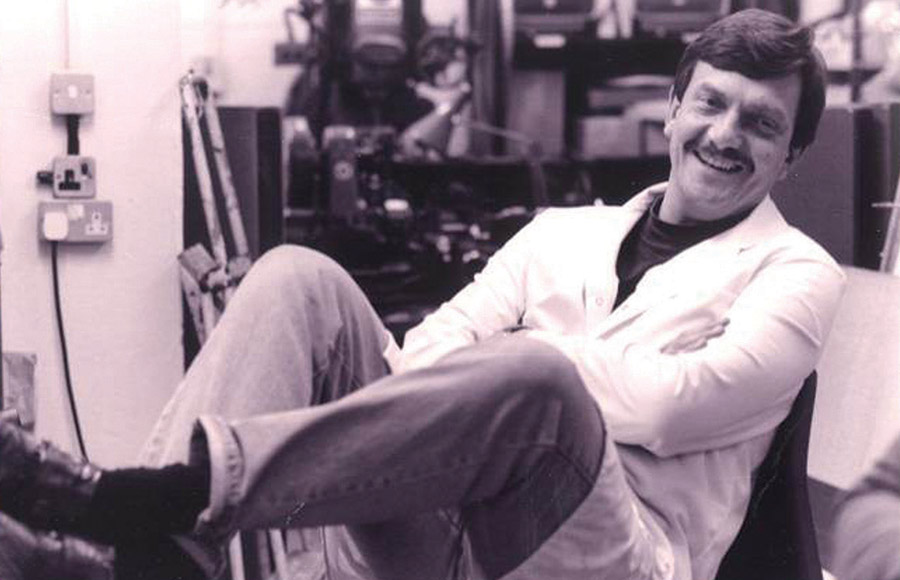 Following the move, Team recruited Jerry Turner as a senior consultant: “Andy and I had known each other from our student days and he called to see if I wanted to go back into engineering,” he remembers. “At the time I was completing a company rescue but I was keen to return to my mechanical engineering roots.”

For the next two years Team’s reputation grew and the consultancy started winning projects in a wide range of areas, including a hydraulic power system for a commercial lawnmower, a tuna canning machine, robotic keyboard test equipment for IBM, and a variety of projects in the automotive sector. As the nineties dawned however, the British economy struggled as the country lurched into a deep recession. The impact on Team was bigger than anybody had expected. “It was the toughest time we’ve ever known,” says Andy. “Our clients were either going out of business, keeping R&D in-house or putting it on the backburner. It was a trying time, especially in 1991.”

We wanted to build a company based around a set of values that we all held and, crucially, we decided to focus the company on the medical sector as this was a sector where companies were used to outsourcing R&D. This strategy also gave us the opportunity to develop products that could make a real difference to people’s lives.

Ninety-one was also the year when Jerry was made Managing Director: “Three or four months after I took over as MD we –Andy, fellow founder Peter Sharpe and I – sat down and talked about the type of company we wanted to be. Successful, of course, but we all wanted Team to be a company that treated people with respect and did not follow the typical style of management that we had seen elsewhere,” comments Jerry. “We wanted to build a company based around a set of values that we all held and, crucially, we decided to focus the company on the medical sector as this was a sector where companies were used to outsourcing R&D. This strategy also gave us the opportunity to develop products that could make a real difference to people’s lives.”

But as 1991 went on the situation got tougher and tougher and by October the company had just a few projects left. “Before Andy asked me to join Team I had worked in a variety of roles including sales and marketing,” says Jerry. “The others had great skills in their respective engineering fields but it was felt that I had the commercial skills to lead the company through its tough patch. I believe that we learn a tremendous amount dealing with difficult situations, but at that time it felt like there was a real chance that we wouldn’t make it.” One remaining project was to develop an assembly machine for disposable hygiene wear for the catering industry. Everybody knew that delivering a good job and getting the machine running to the client’s specification would win the next crucial phase of the project, and keep everybody employed. If not, it would be the end of the company that everyone had worked so hard to build and grow. The project turned out to have a profound impact on the company and the people involved.

“We were really struggling to get the machine performing as we wanted and in the build up to the pivotal client meeting we just couldn’t get it fully working. The night before the meeting four of us stayed late pitching in and trying to fix the problems,” recalls Andy. “We all knew the consequences if we failed and as the night wore on, and our efforts bore no fruit, our spirits started to fall. At about midnight, Peter Sharpe placed his hands on the machine and prayed. We all did the same.”

“What followed was amazing,” adds Jerry. “We turned the machine back on and it worked, exactly as we had built it to. And it kept working. At this point, we turned it off and went home to rest. We didn’t risk further test runs – in the morning, when the client turned it on, it simply ran as intended and we were congratulated on our efforts. This proved to be a significant turning point in our fortunes.”

Following the successful test the client immediately signed up to the next phase, which kept Team going for an essential few months, seeing the company ride out the economic storm and land its first full inhaler development project. From this point on Team has never looked back, working hard over 20 years to build a deserved reputation with pharmaceutical companies and growing the business each year. 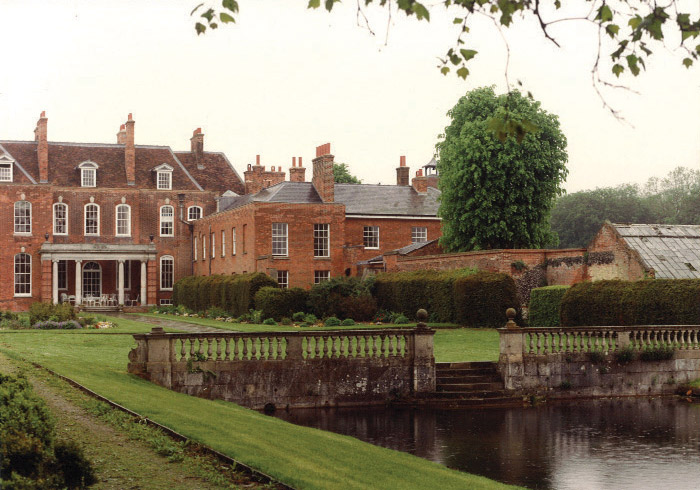 On contemplating the significance of that time, Andy concludes: “I wouldn’t want to go through something like that again, and wouldn’t wish it on our closest competitors, but we came out of that situation with a strong belief in ourselves and what we could do.”

In 1994, as the UK economy recovered, Team relocated again to the south wing of Cokenach, a stately home in Barkway village. By now Team employed 15 people (many of whom are still with Team today) and had established a strong reputation in the medical sector. In order to consolidate its position, Team set about developing specific tools including risk analysis based around FMEA (Failure Mode and Effect Analysis) techniques proven in the automotive industry.

For the next ten years, Team continued to grow in size and stature and focused the business fully on the global medical and pharmaceutical sector, developing a large number of inhalers and injectors for an increasing number of pharmaceutical clients. Team also expanded its skill base by recruiting more industrial designers, usability specialists, and mechanical and electro-mechanical engineers. Then, in 2004, the stately home was unexpectedly sold to a new owner who wanted to use the whole site. Team set about finding a new home, never expecting to find anything that could match the beautiful Cokenach estate, but timing was kind and later that year the company moved into a thoughtfully renovated 13th century barn in the village of Ickleton, which is still the company’s home today.

We place a lot of emphasis on our relationships with our clients allowing us to work together for the greater good.

So how different is Team in 2011 compared to 1986? “We started off trying to apply our engineering skills and creativity to any problem that our clients encountered; now, we are focused on medical,” says Andy Fry. “It is where we have a unique position and it is also where we can all work for clients from around the world on products that will enhance people’s lives. This represents a big sector shift from when we started, but what hasn’t changed is our focus on integrity, creativity and excellence, which is still ingrained in our culture and drives our business today.”

“I think that the spirit of 1991 is also still evident today,” adds Jerry. “We still work hard and we place a lot of emphasis on our relationships with our clients allowing us to work together for the greater good. As an indication of our strength, the recent global recession has had little impact on our business; this has much to do with the long-term perspective of the sector in which we work, but is also a result of the strong relationships we have established with our clients. They trust us and as a result they regularly come to us.” 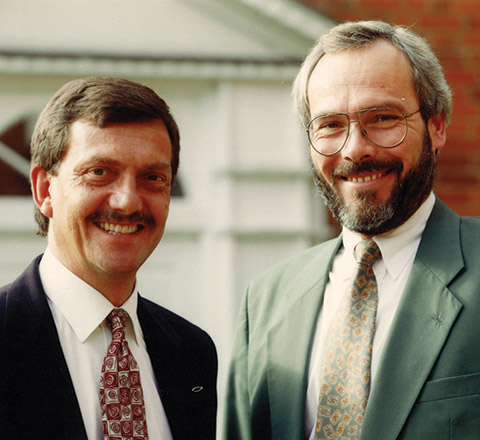 Celebrating Team’s silver anniversary on November 11th, 2011 provides the perfect opportunity to reflect on the company’s success and history, and its unique culture and values. Cheers! 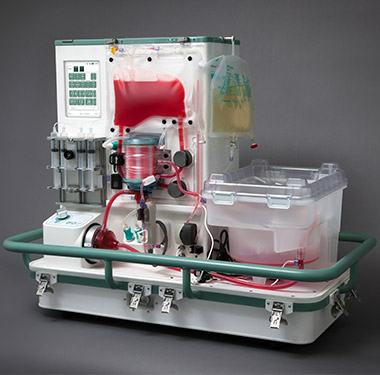 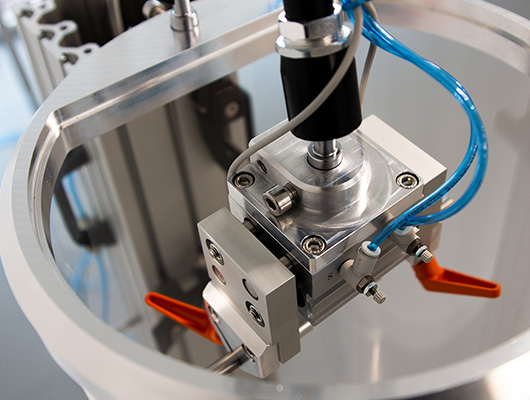 Why I love working in device testing at Team Consulting 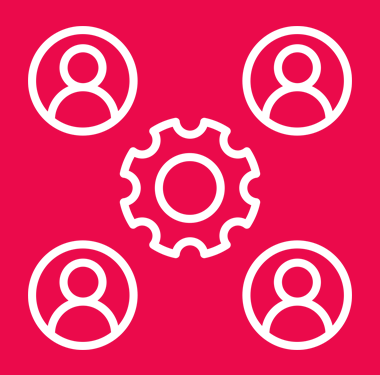